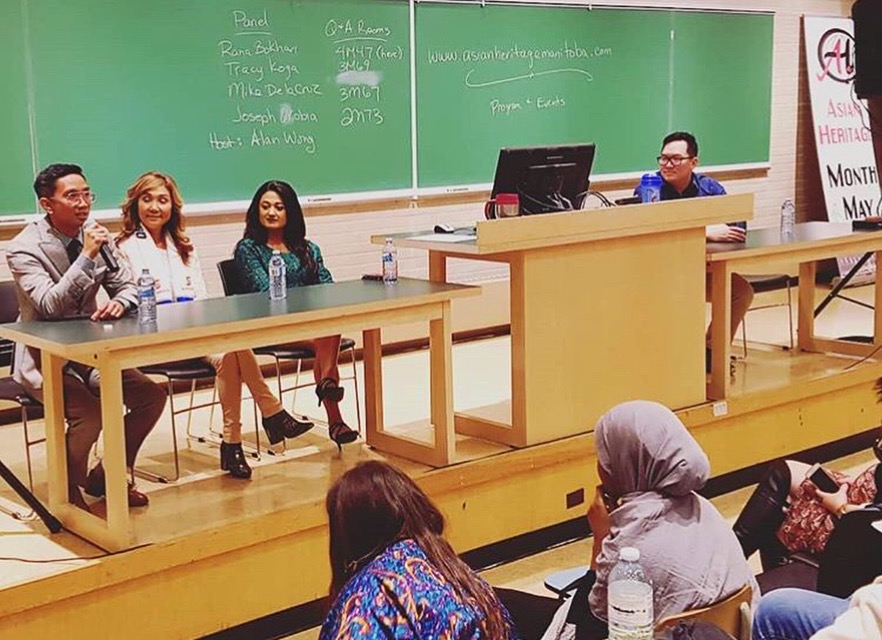 On May 10, 2018, Joseph spent the morning speaking at the Asian Heritage Career Symposium. He shared his experiences and insights as a Principal Architect with students from several Winnipeg schools. Speaking alongside Tracy Koga (Media Producer), Rana Bokhari (Lawyer/Former Leader of the Manitoba Liberal Party), and Peter Truong (Chef/Owner of Kyu Grill), Joseph told the students about the challenges and struggles he faced as a Canadian-born Filipino professional. He shared stories about his upbringing, schooling, and career. The students were inspired and fascinated that a 5'-5" tall asian dude could achieve success in his career while still maintaining the values that his parents instilled in him.

The panel discussion was followed up with break-out sessions with each of the schools, where students had the opportunity to ask Joseph questions about his career. This is the second time Joseph has spoken at the Asian Heritage Career Symposium.

The photo above was provided by the Asian Heritage Society of Manitoba.