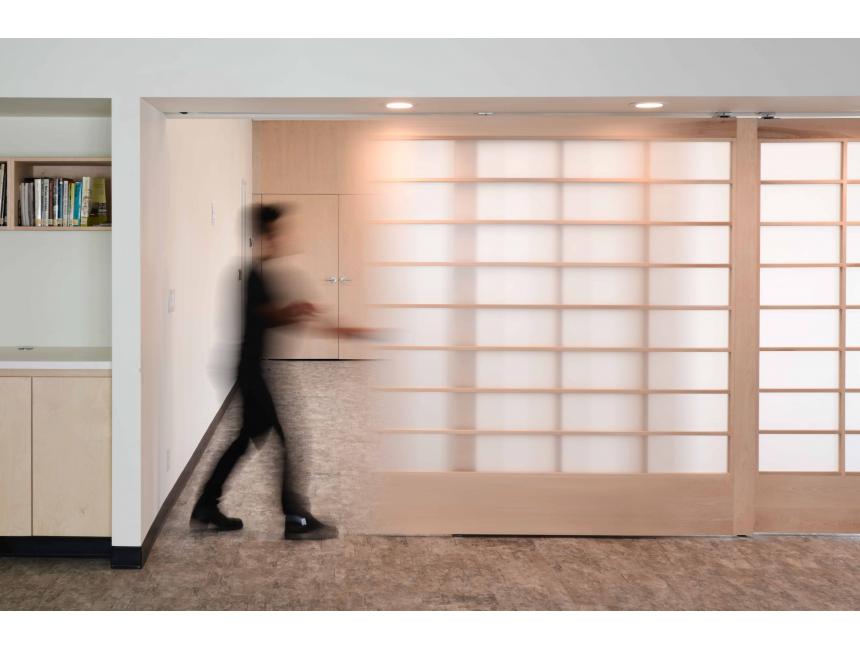 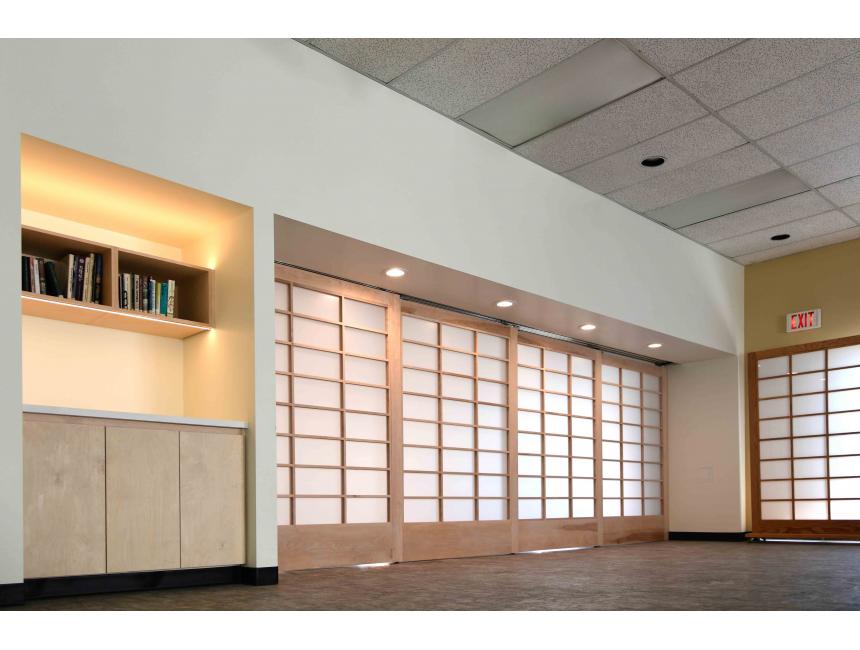 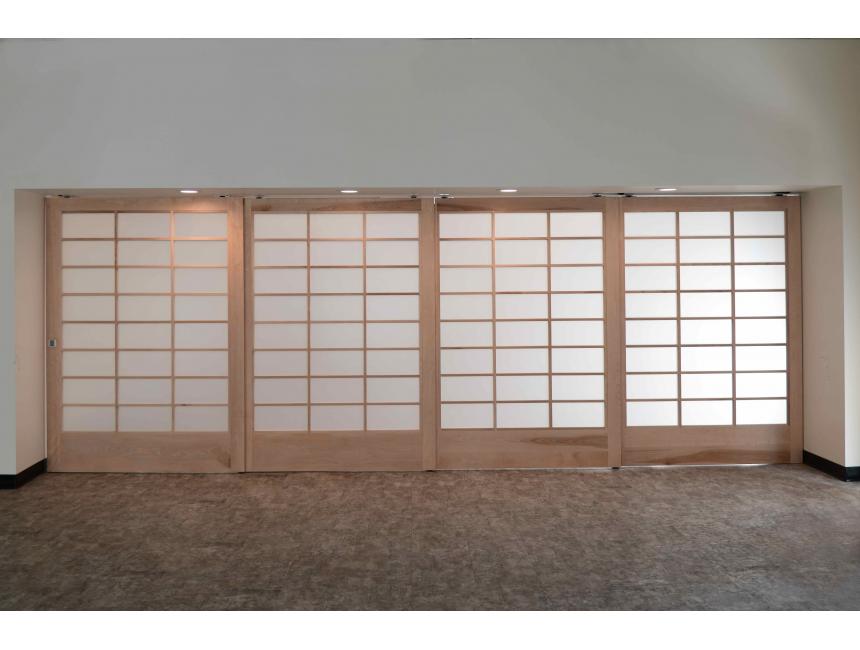 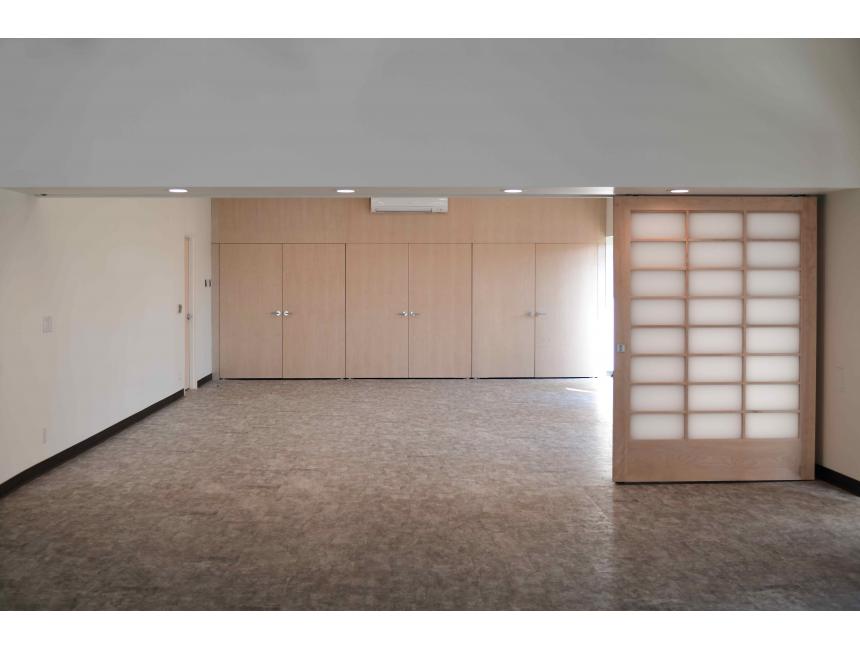 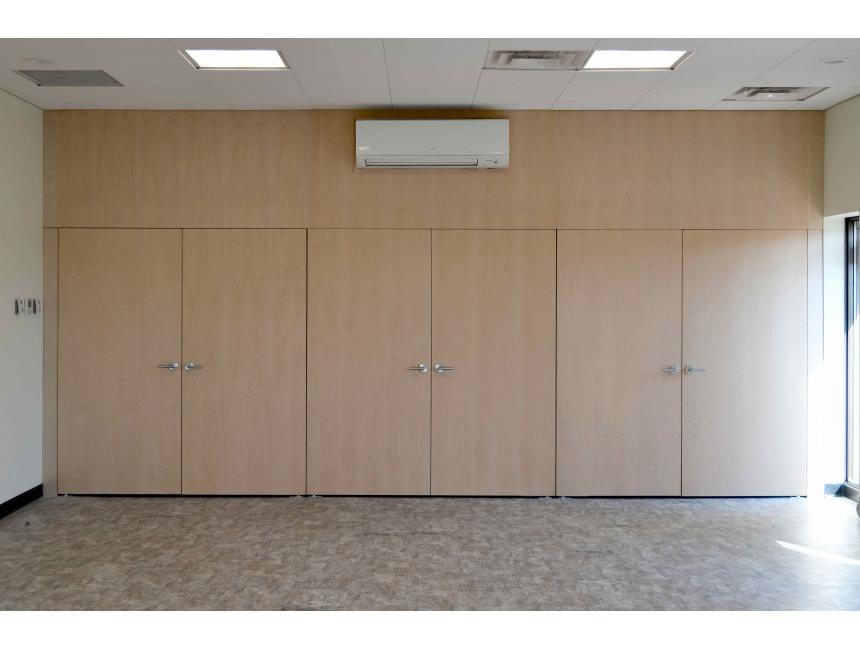 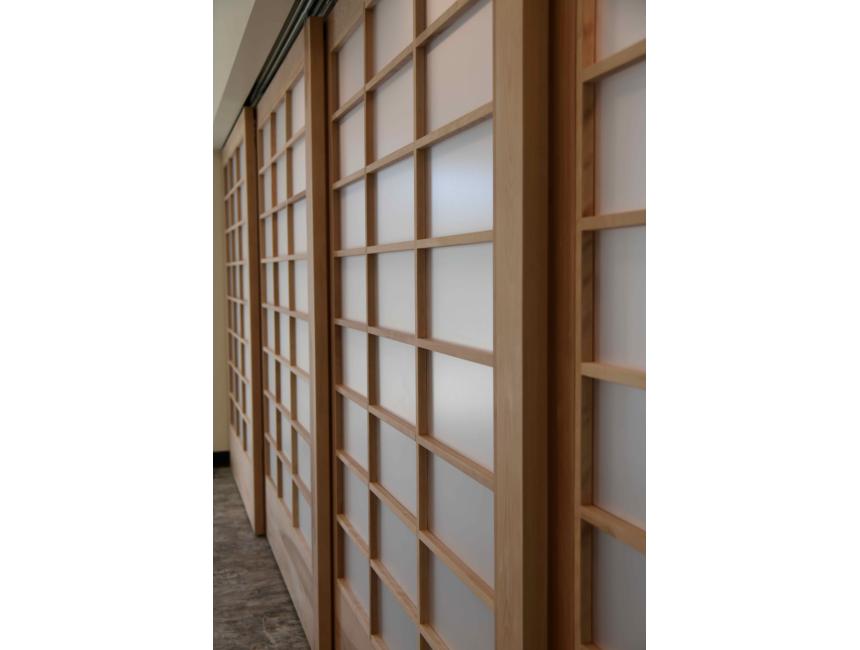 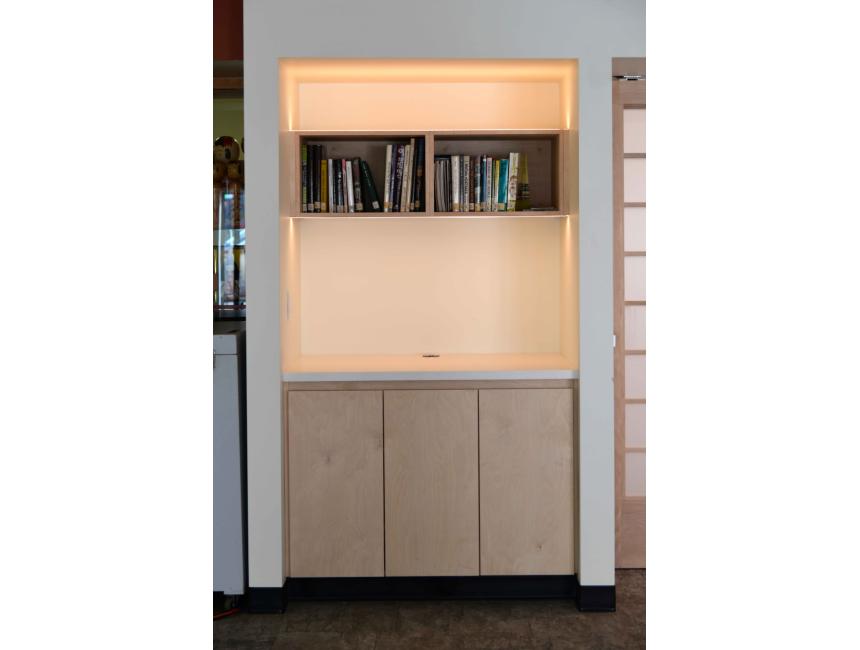 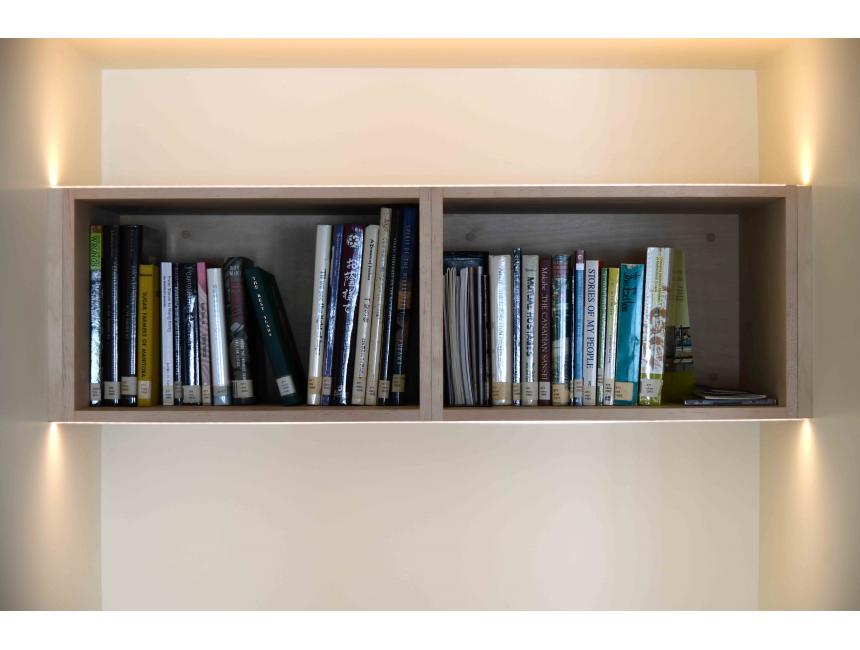 Following the successful completion of the vestibule addition to the Japanese Cultural Association of Manitoba's building in 2016, we were honoured to be part of this exciting new project for Winnipeg's Japanese community. This interior renovation project included the reprogramming of office, library, and classroom space to create a new Multipurpose Room (MPR) and Cultural Media Centre (CMC).

The main feature of the new space is the addition of four large Shoji screen-style doors, which divide the MPR from the Main Hall. When the doors are opened, the usable square footage of the Main Hall is increased. Taking inspiration from traditional Shoji screen sliding doors, as well as the existing screens in the Centre, we designed the doors to be highly functional, yet beautiful. The screens are secured to a heavy duty, top-hung sliding door system, which allows for a seamless flooring transition between the MPR and the Main Hall. This has the added benefit of not having a floor track, which could collect dirt and potentially create a tripping hazard.

Within the new MPR, a much needed large storage closet was created. Installed flush with the wood bulkhead above, the six large closet doors have a Baltic Birch wood finish to match the Shoji screen doors and are on pivot hardware to create a uniform, trimless surface. The interior of the closet is also clad with Baltic Birch to create a robust and durable surface for the storage area.

The new CMC was designed to house a touch-screen monitor and A/V equipment. Built of Baltic Birch plywood and solid surface countertop material, the CMC also features a bookshelf for displaying books the Centre wishes to highlight. The lighting above the bookshelf allows for cultural artifacts to be displayed as well.

Built by Tractus Projects, the new MPR interior renovation project also included the reconfiguration of office space within the library and classroom space.