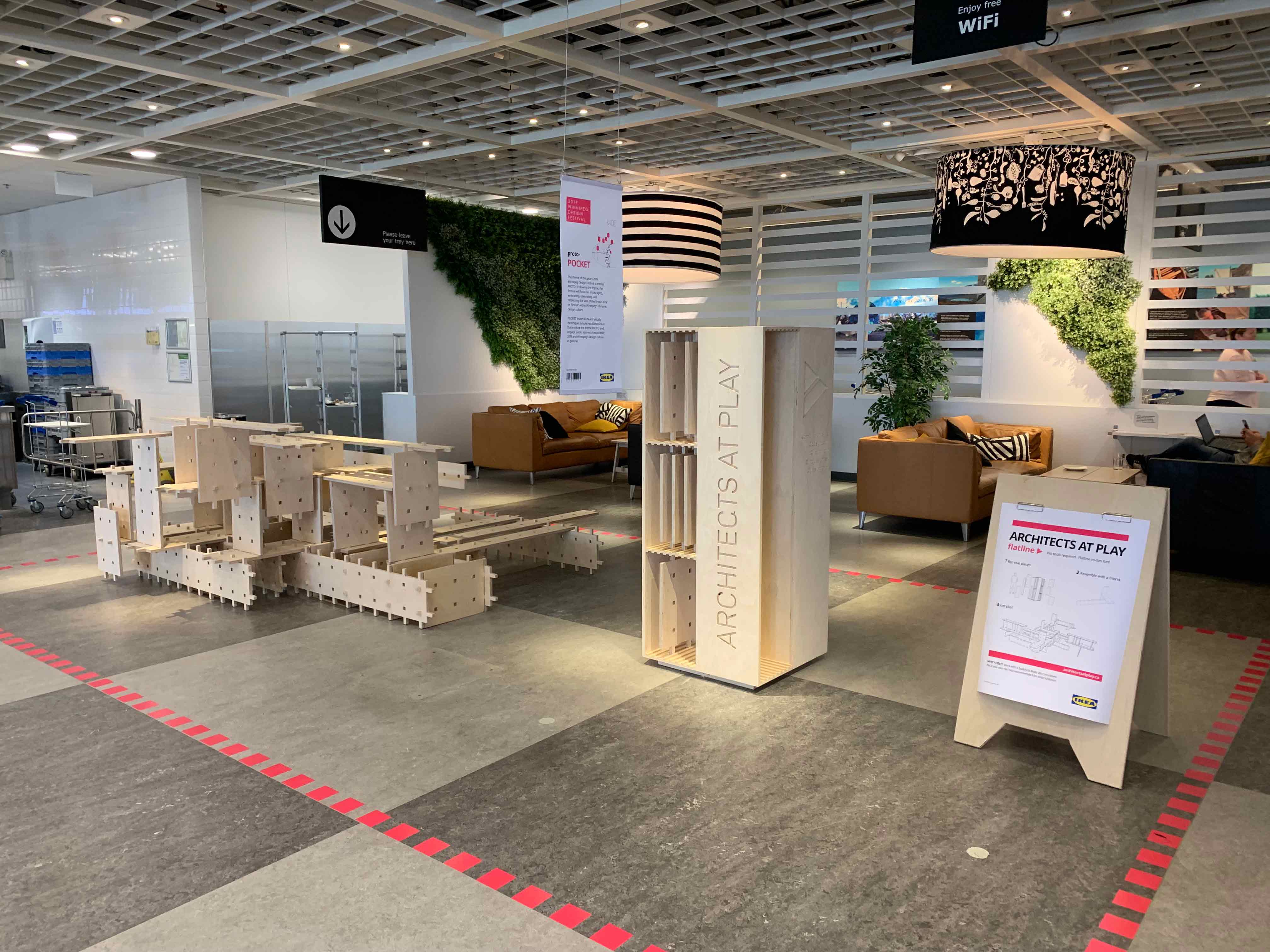 With three hours left to spare before the deadline, Paulo decided to enter the Winnipeg Design Festival's Proto-Pocket Competition, which asked designers to propose an installation that creatively interpreted the Festival's theme of PROTO-. Working from a preliminary sketch and getting a bit of help from his wife, Rochelle, Paulo was able to submit in time. Little did he know that three hours worth of work would pay off significantly for our little firm, giving us exposure in one of the world's largest retailers: IKEA.

The basic concept, which we named Flatline, was to create a wood panel system that used tabs and notches to interlock the panels together, allowing different configurations to occur. The competition brief called for the installation size to be limited to 24" x 24" x 60". This determined the size of the tower in which the panels were stored, as well as the maximum size of the panels themselves. We ended up with four different panel sizes, which fit nicely together. The size of the panels were manageable, even for a child, and allowed for quite a bit of creative freedom, without being intimidating. The instructions were simple: remove the panels, assemble as you like, and have fun!

Our goal was to create something that engaged the public in a playful way, while provoking ideas of design, creativity, space, and building. 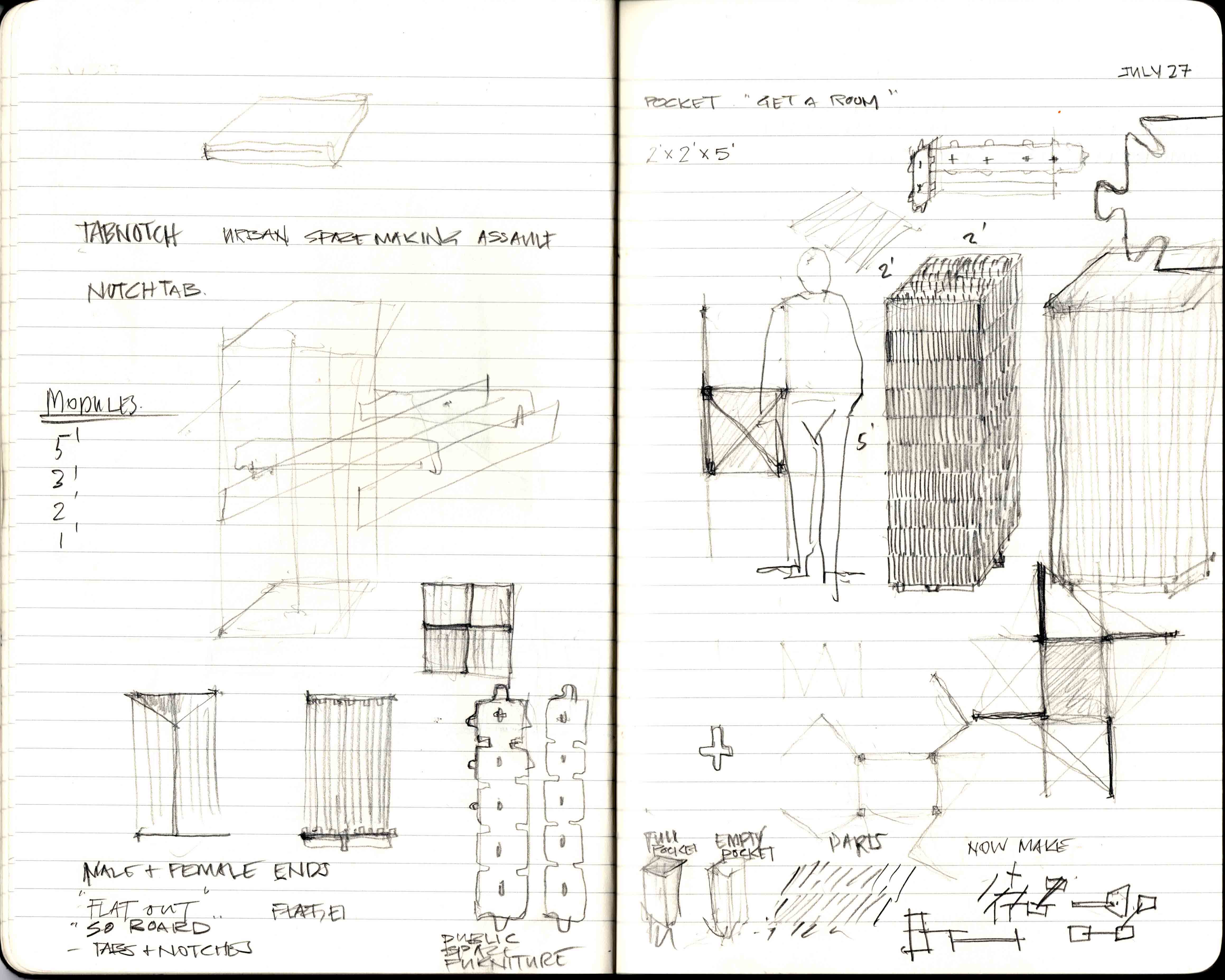 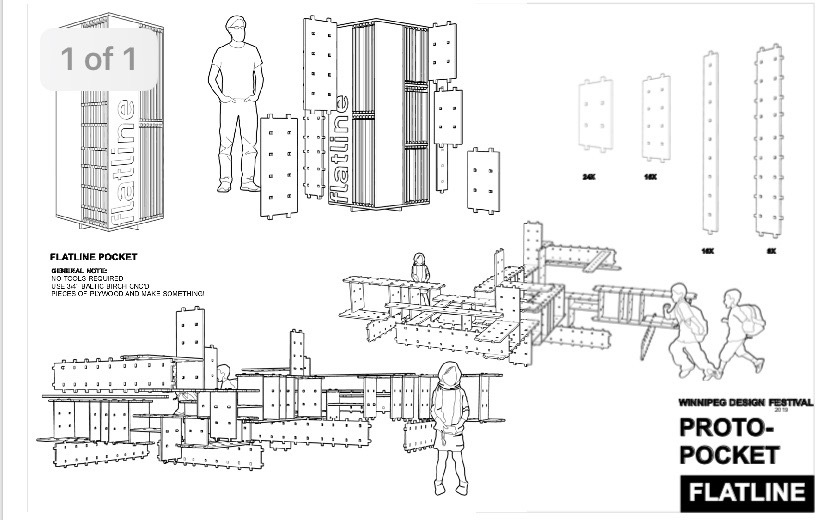 For the fabrication of the panels, we teamed up with Design-Built, who cut the panels on a CNC machine and built the storage tower. Our name, logo, and acknowledgements were routered into the side of the tower, also using the CNC machine. Once the tower was built and the panels fabricated, everything was test-fitted before being turned over to us for final finishing work. 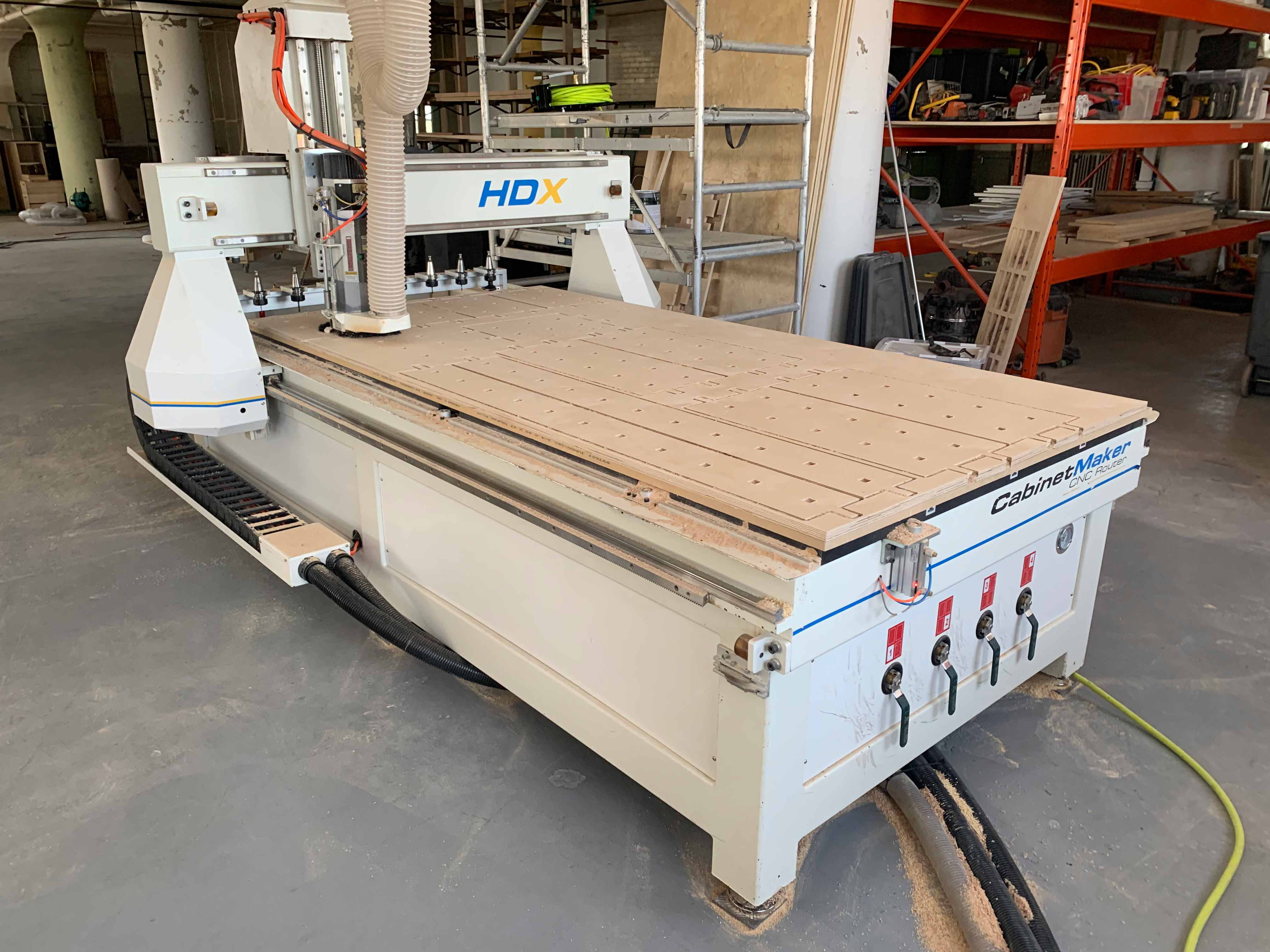 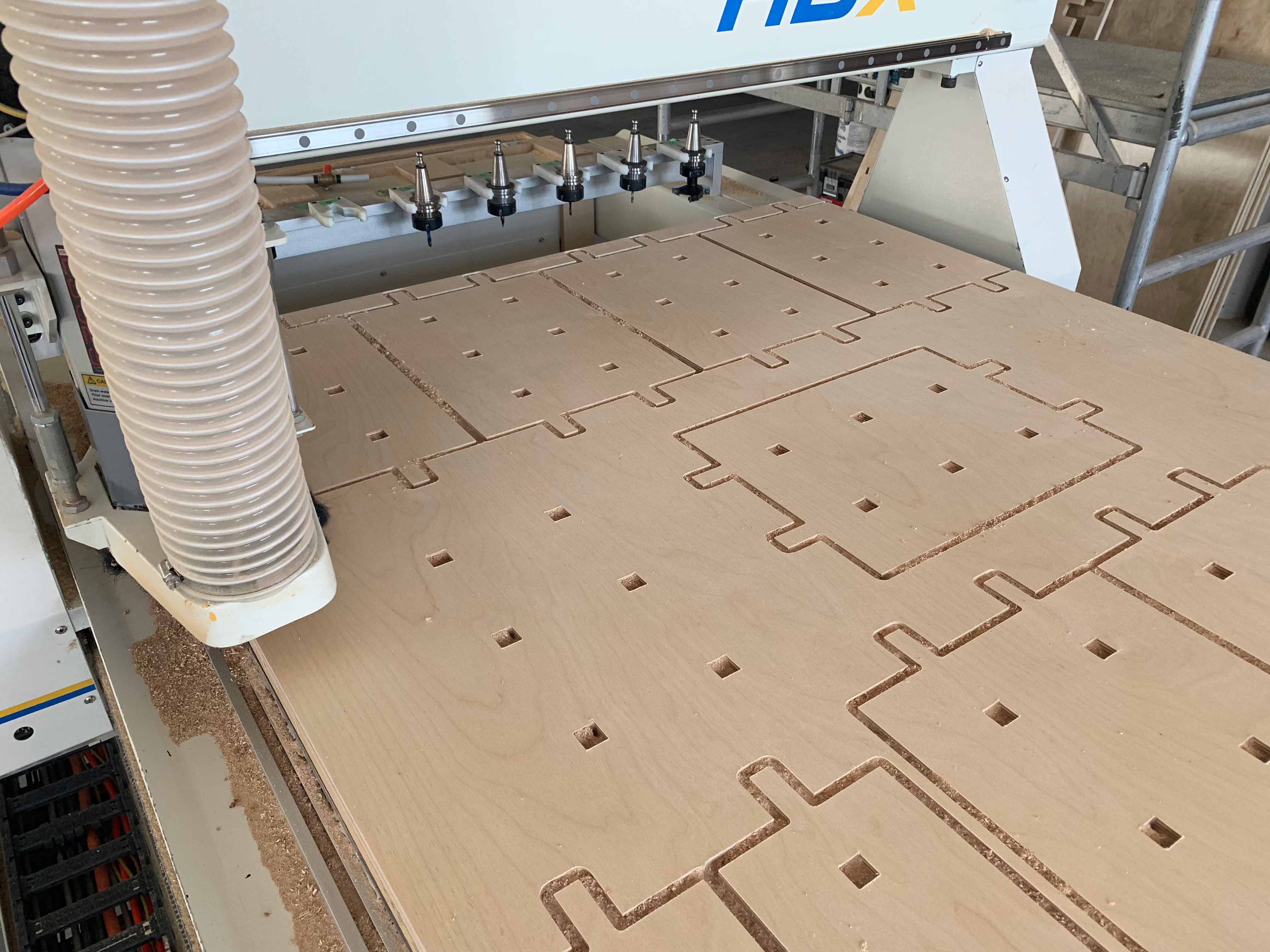 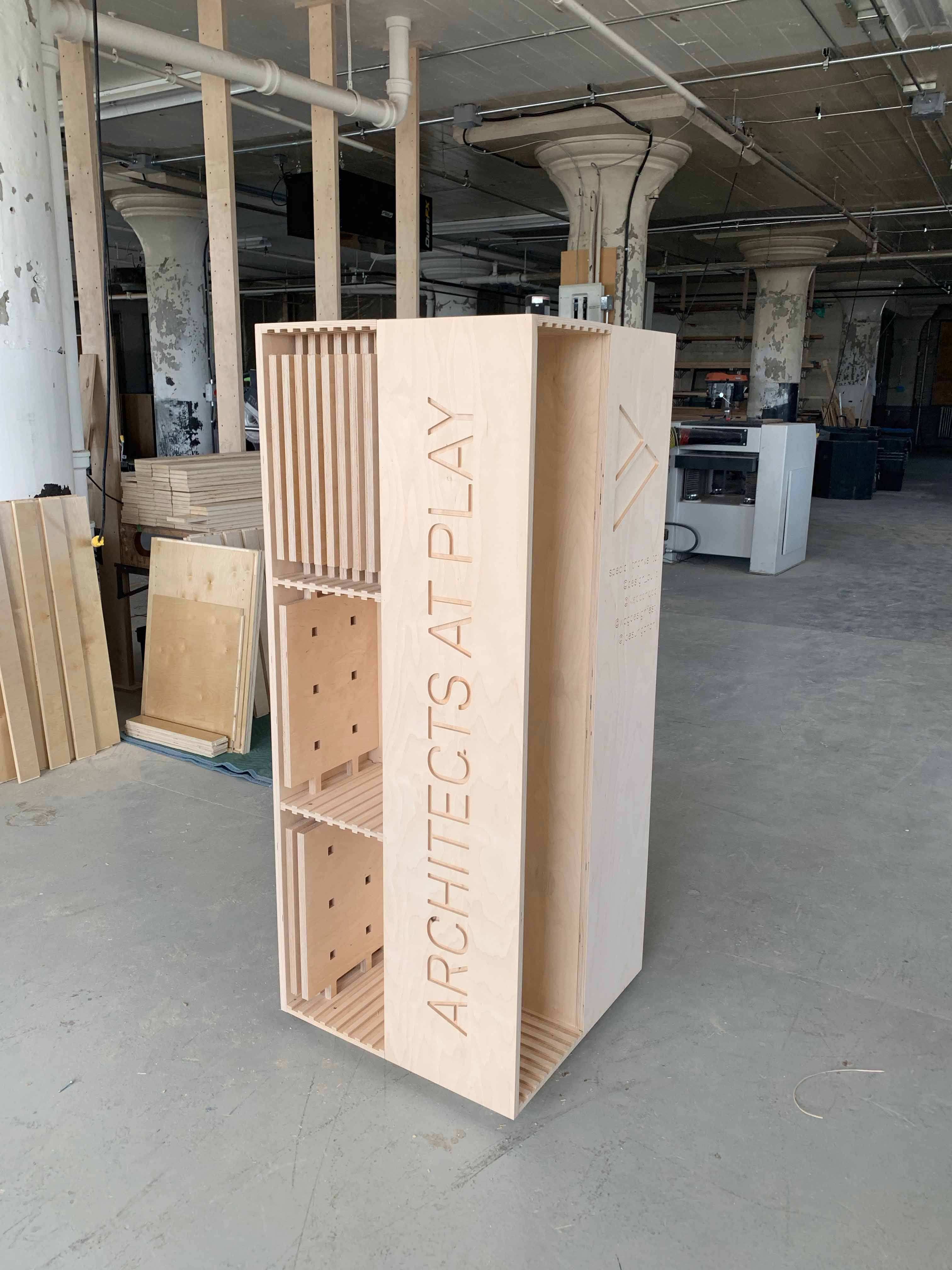 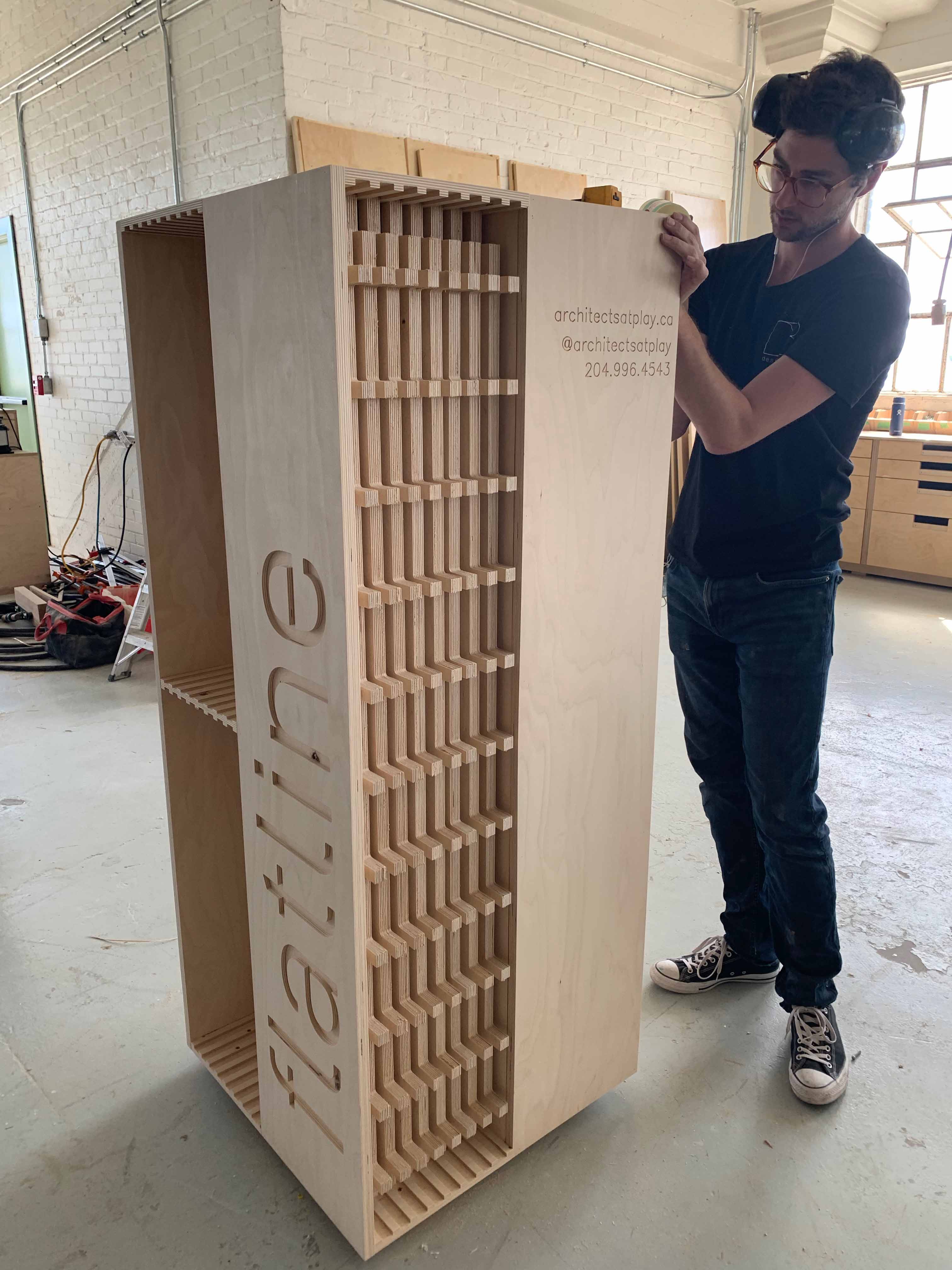 Grant spent a few days sanding each panel by hand, ensuring smooth fitment for the tab and notch system. (Jo was away in Calgary, and Paulo was away in Washington, leaving Grant to do all the heavy lifting on his own.) Once Grant had finished, installation began at IKEA. With some help from IKEA, we designed signage for the installation that was inspired by IKEA's own signage system. 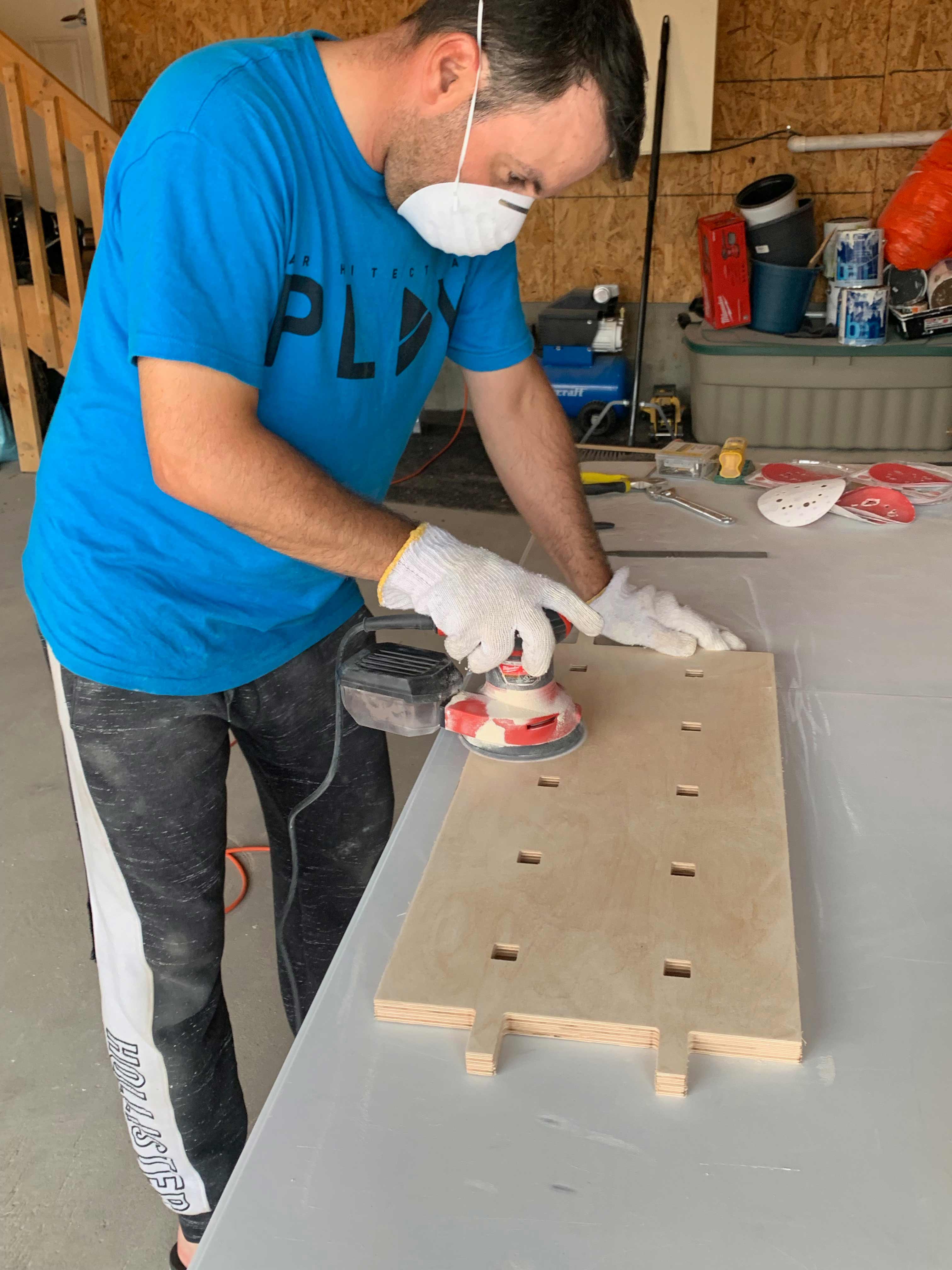 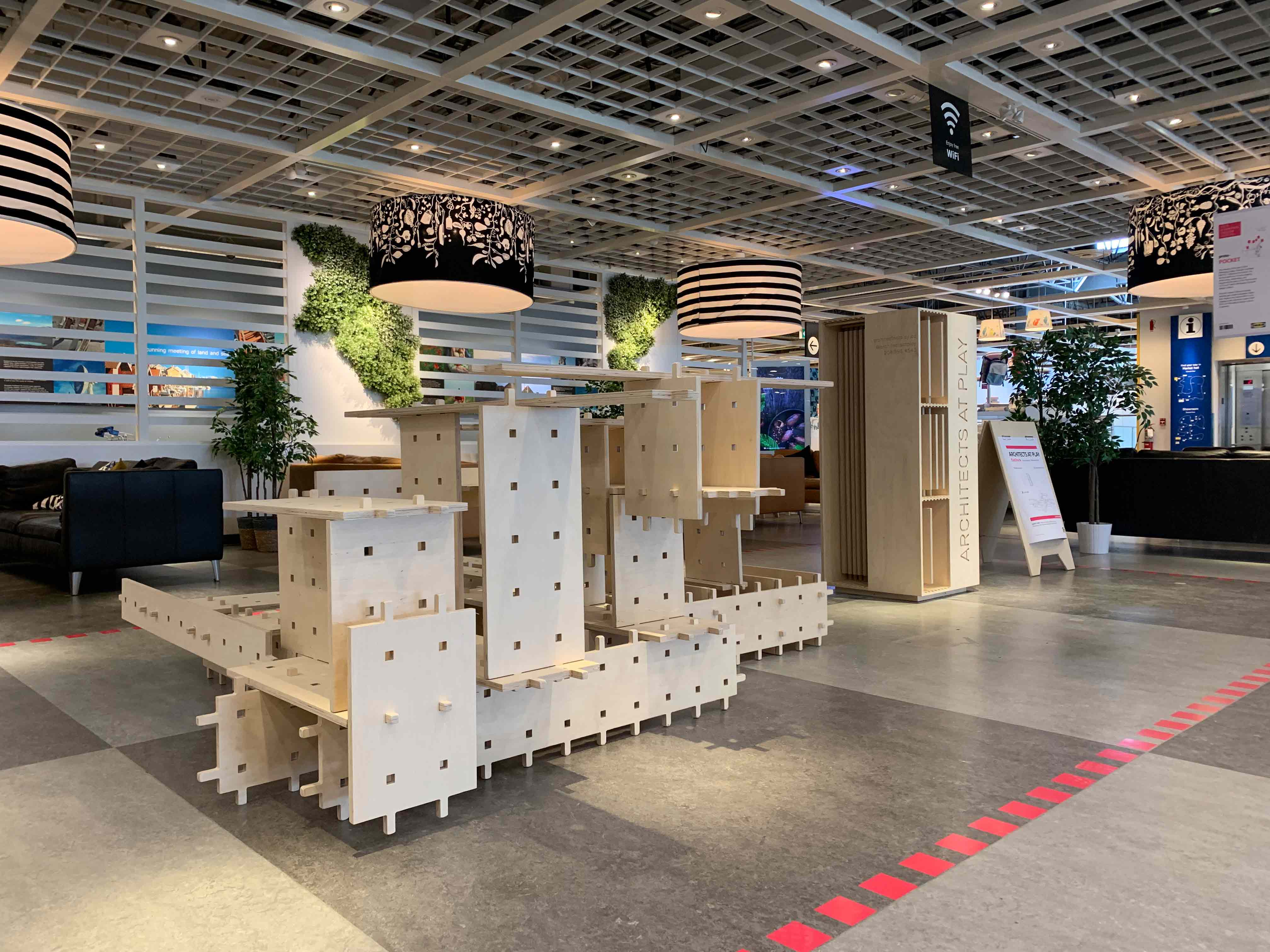 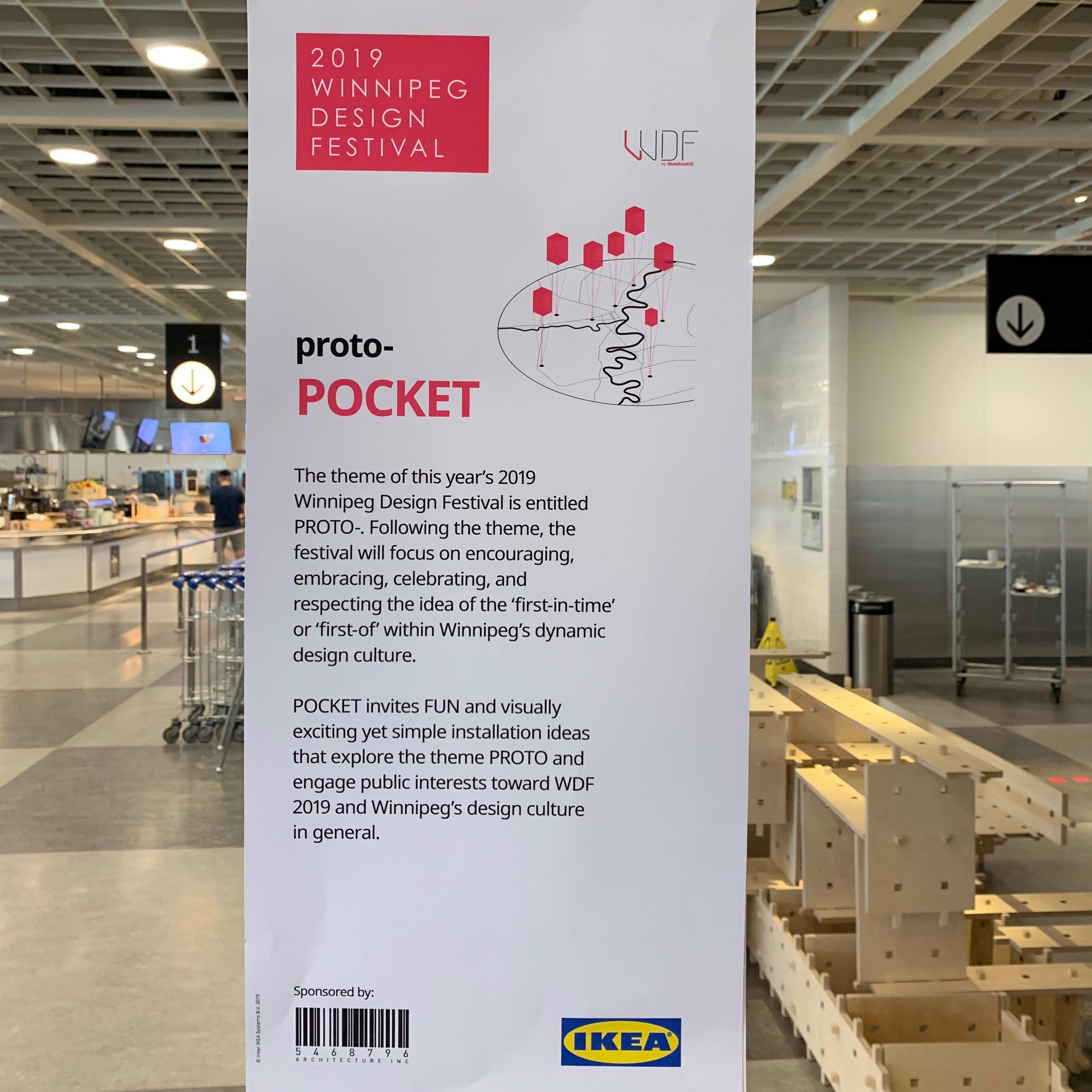 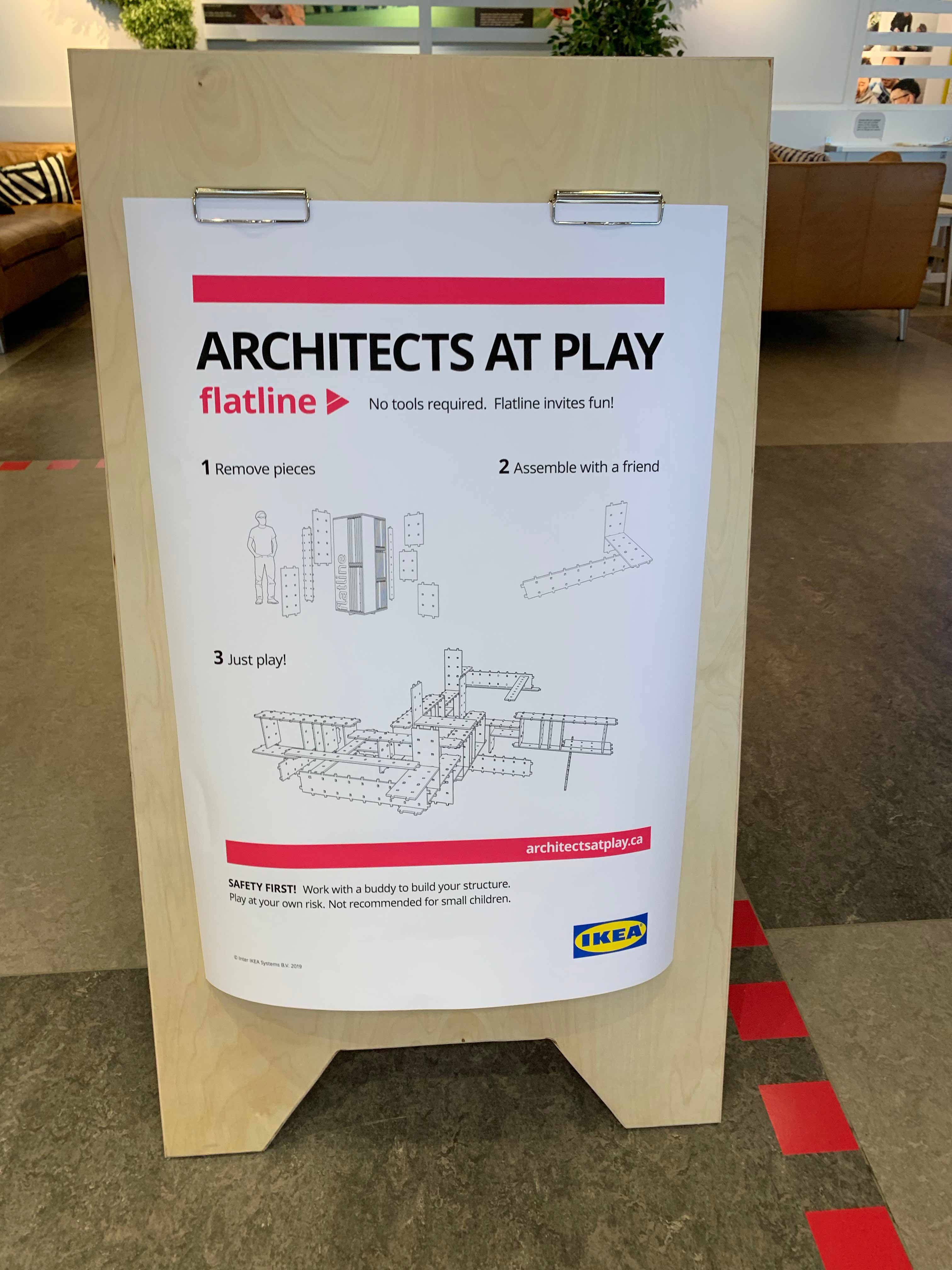 Having our installation displayed at IKEA for over a month was a huge opportunity for us, given that several thousand people walk through the space each week. On a few occasions, we had the chance to watch people engage with the project. The most rewarding experience was watching children (including our own) exercising their creativity through play. We watched all sorts of things being built using the panels: a car, a jail cell, benches, shelving units, a board game, an entire room, and even an eight-foot tall robot. Several people mentioned that the project reminded them of LEGO® and that they had a lot of fun just playing.

Ultimately, we were very happy with the way everything turned out. We learned quite a bit throughout the process and were inspired to find ways to extend the flatline project beyond the Winnipeg Design Festival. 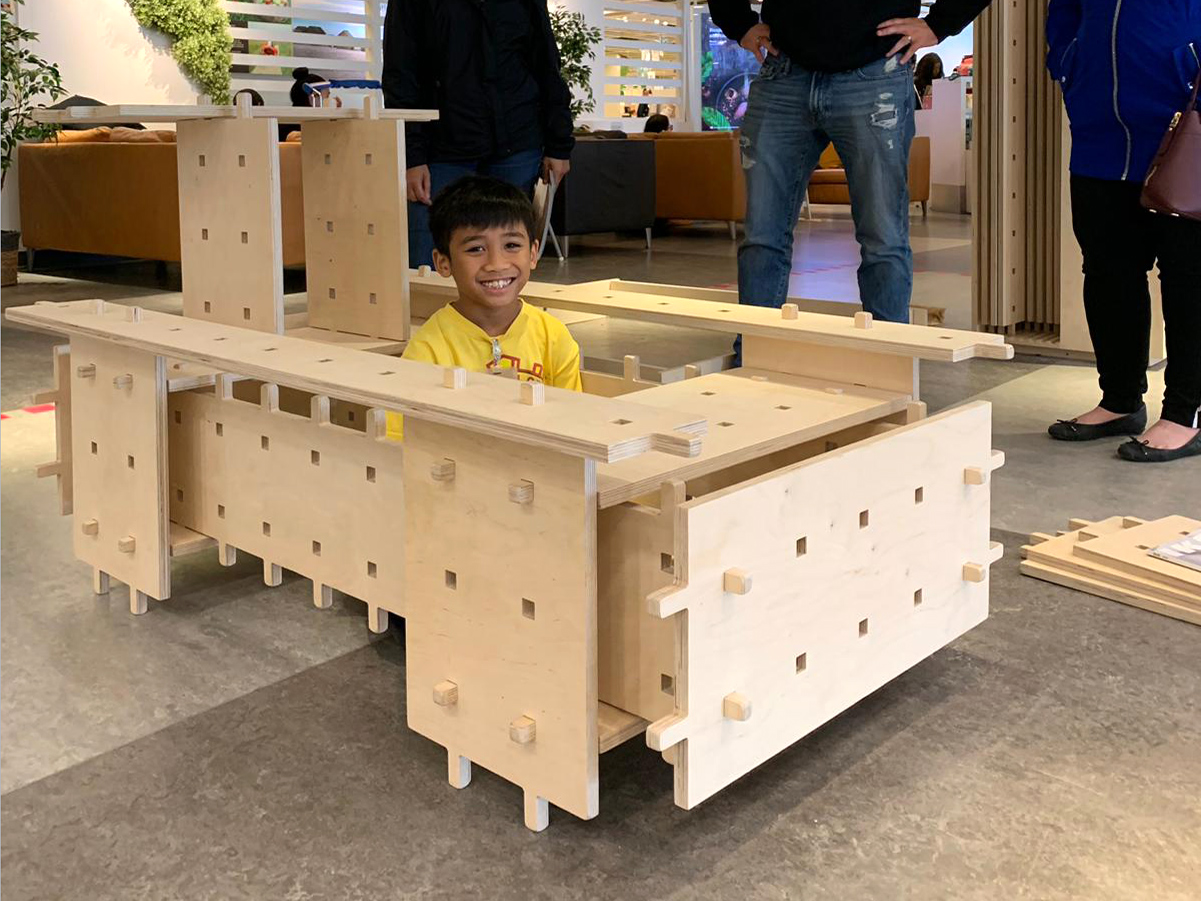 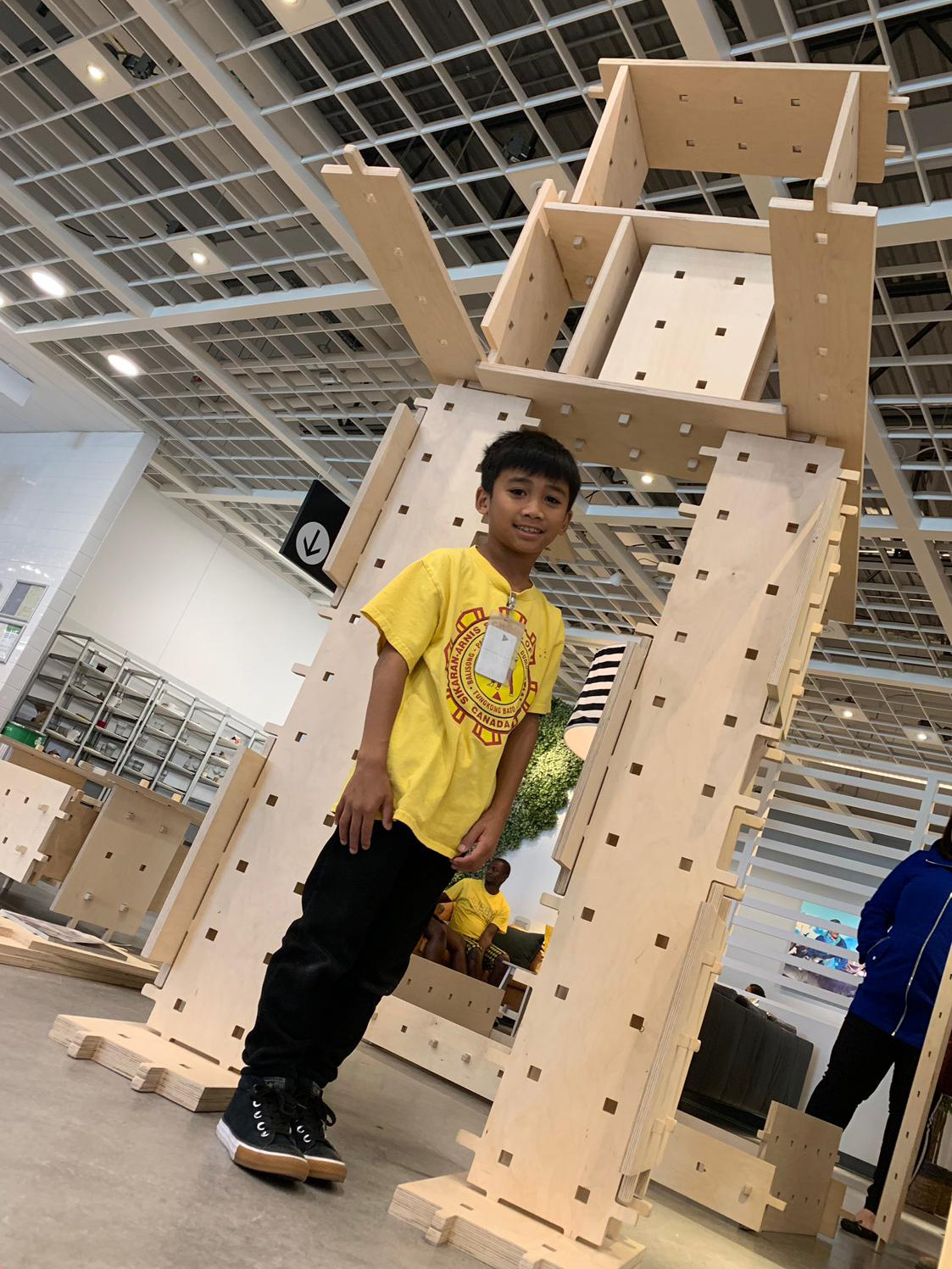 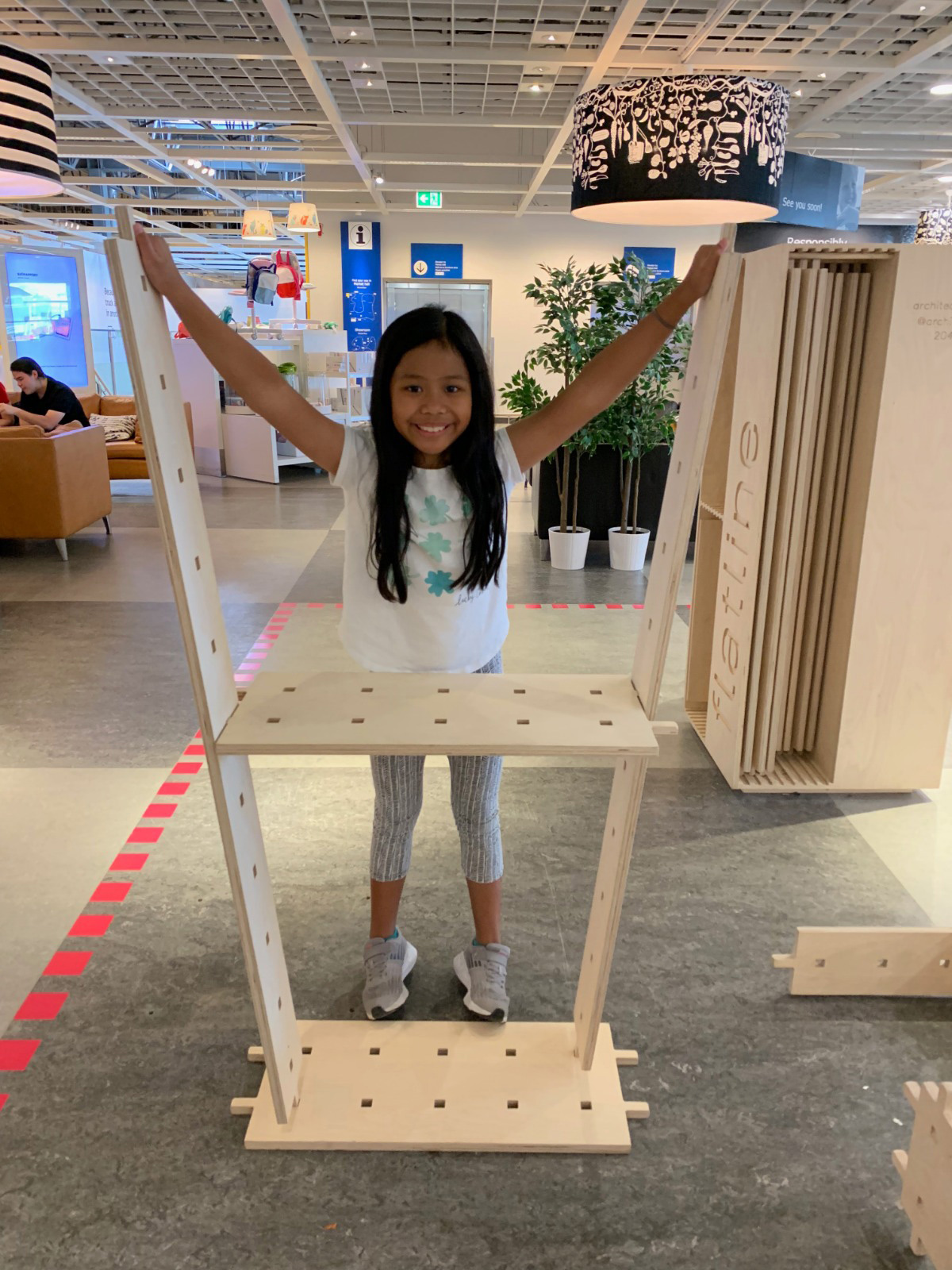 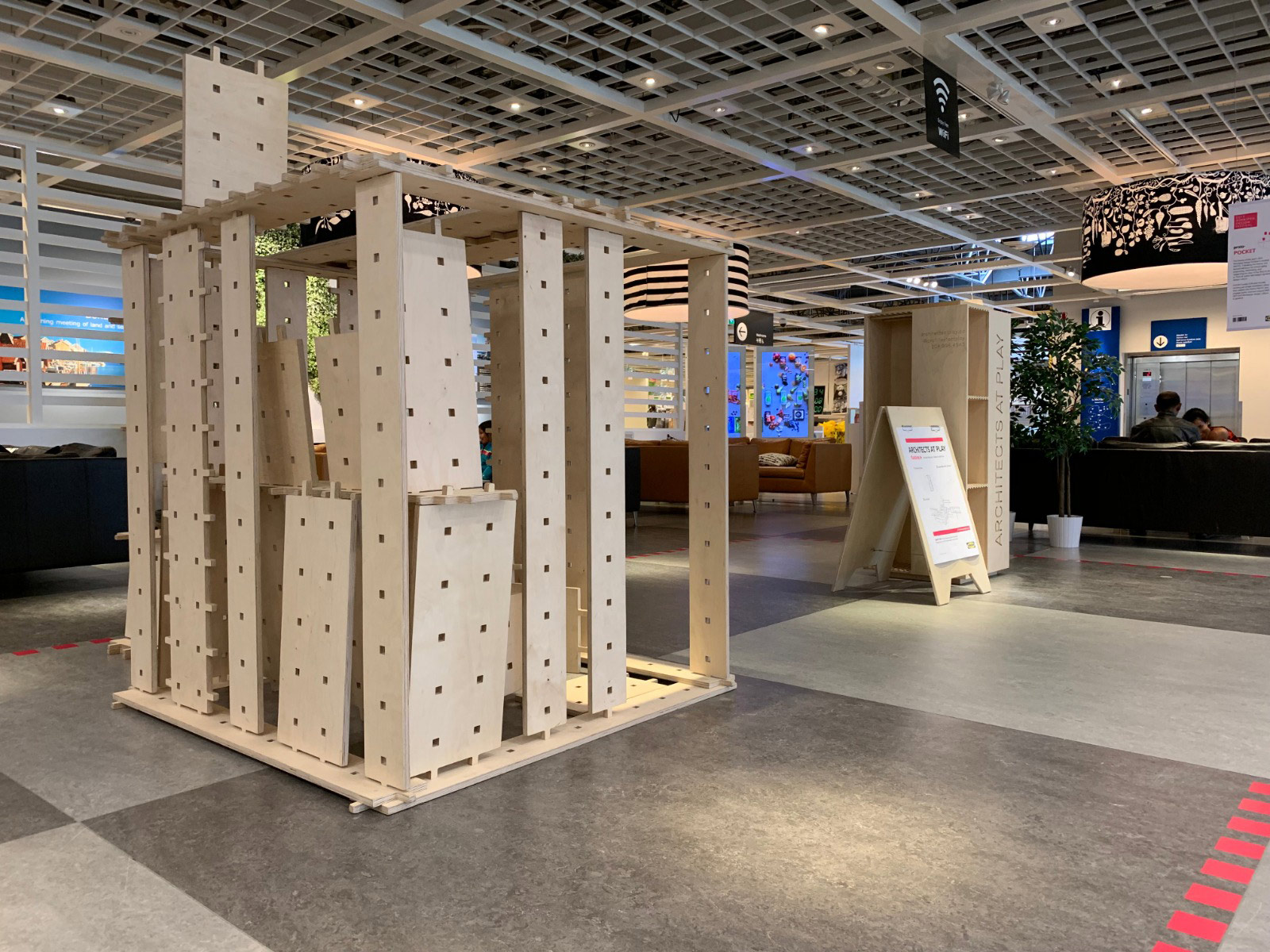 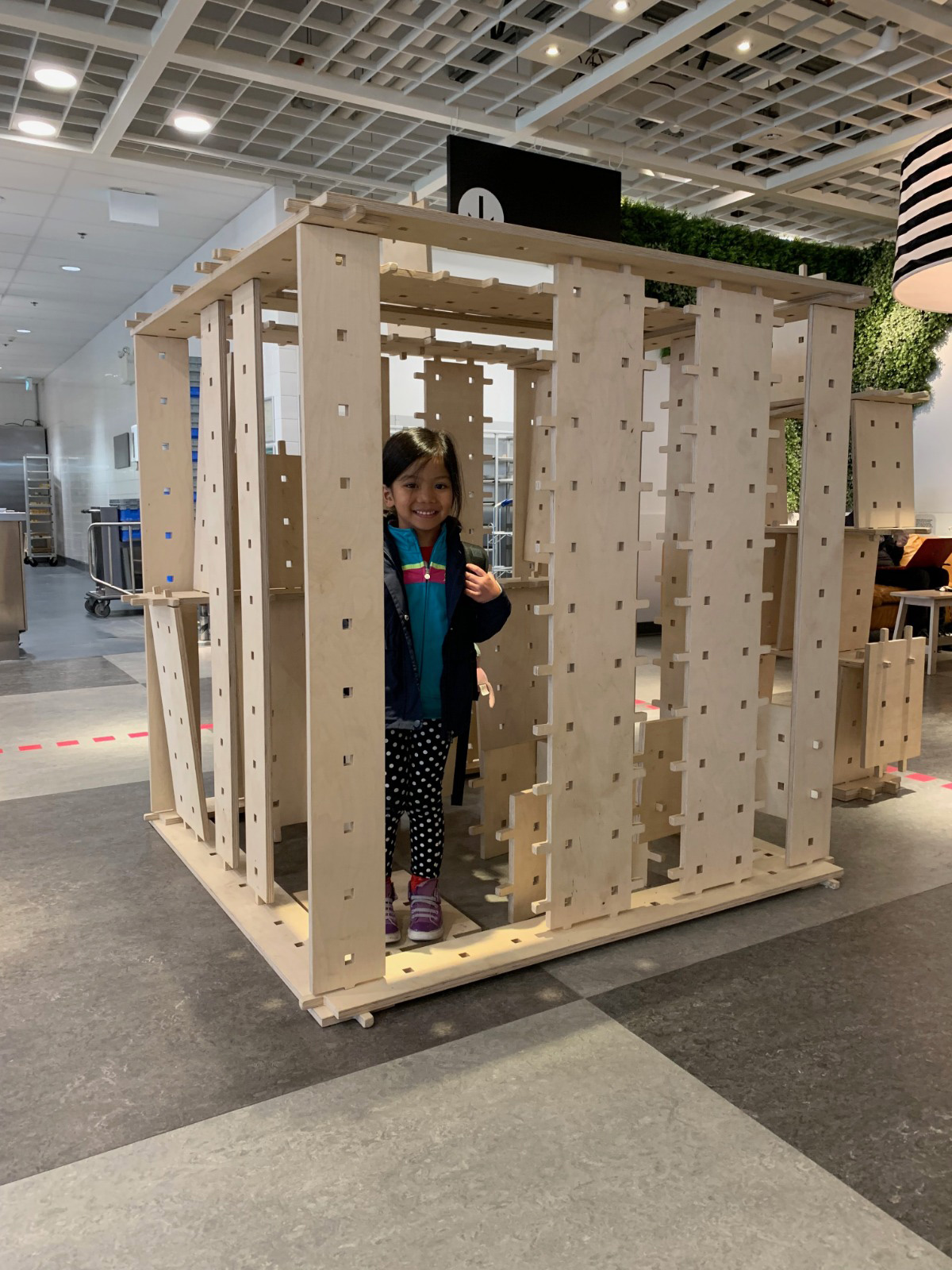 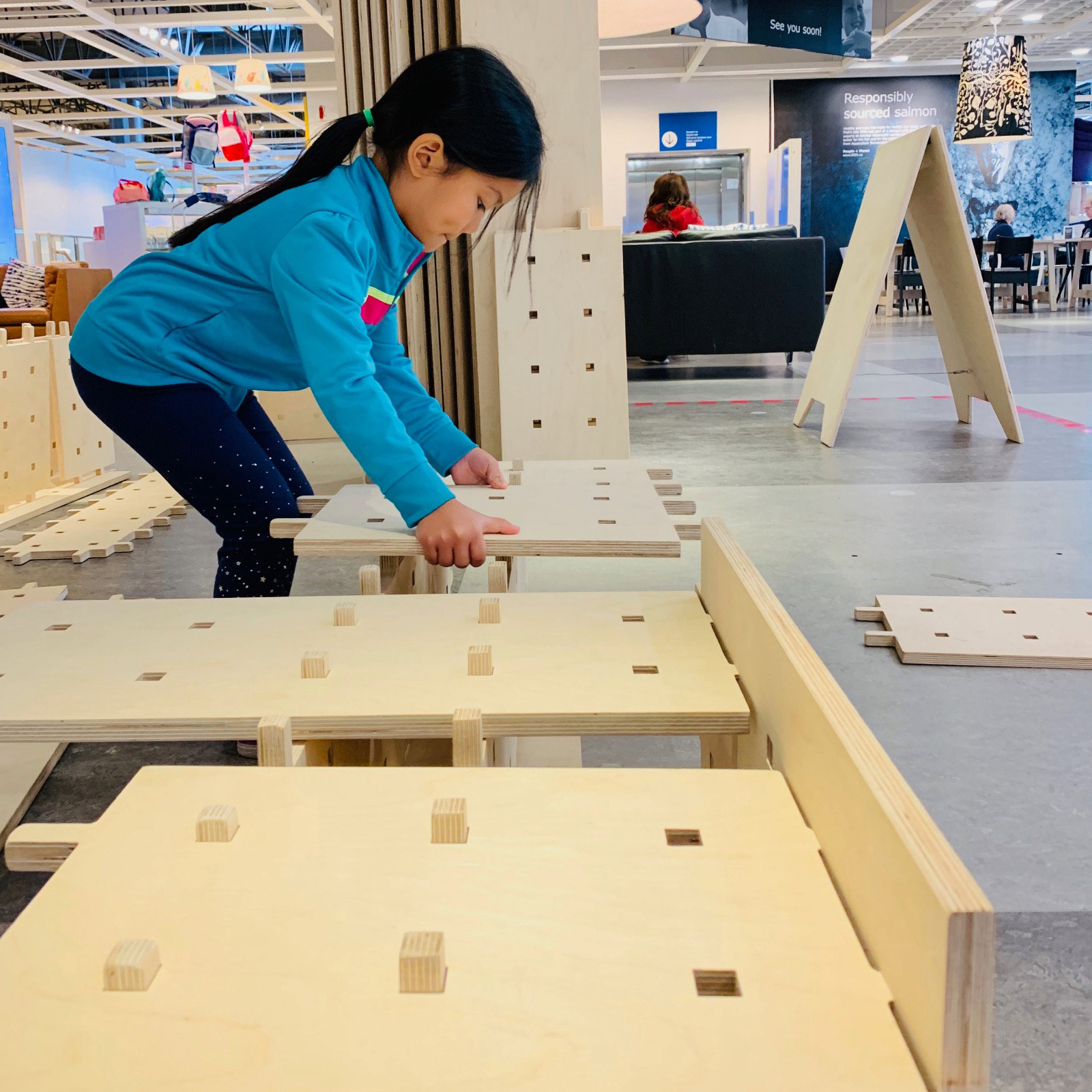 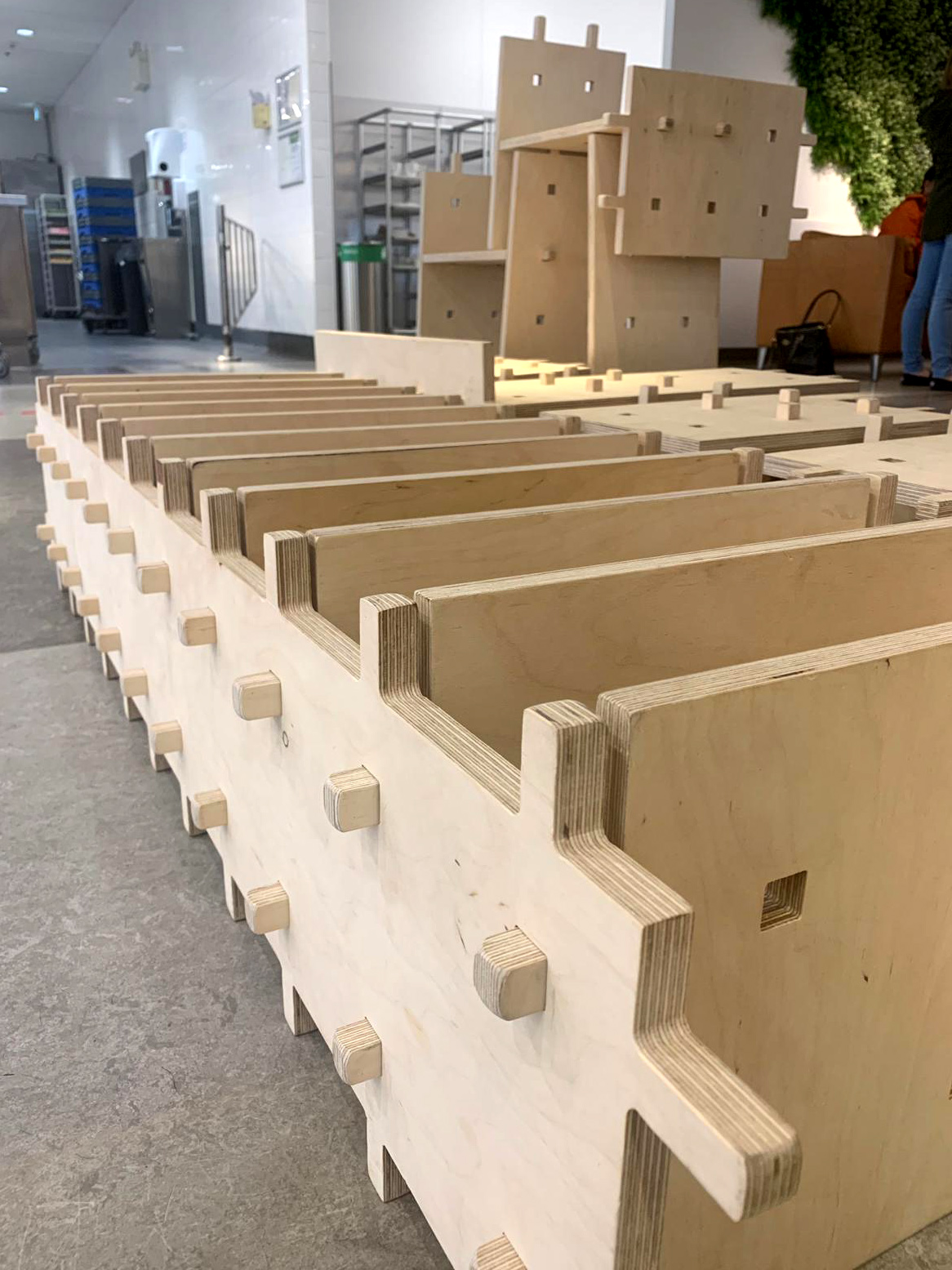 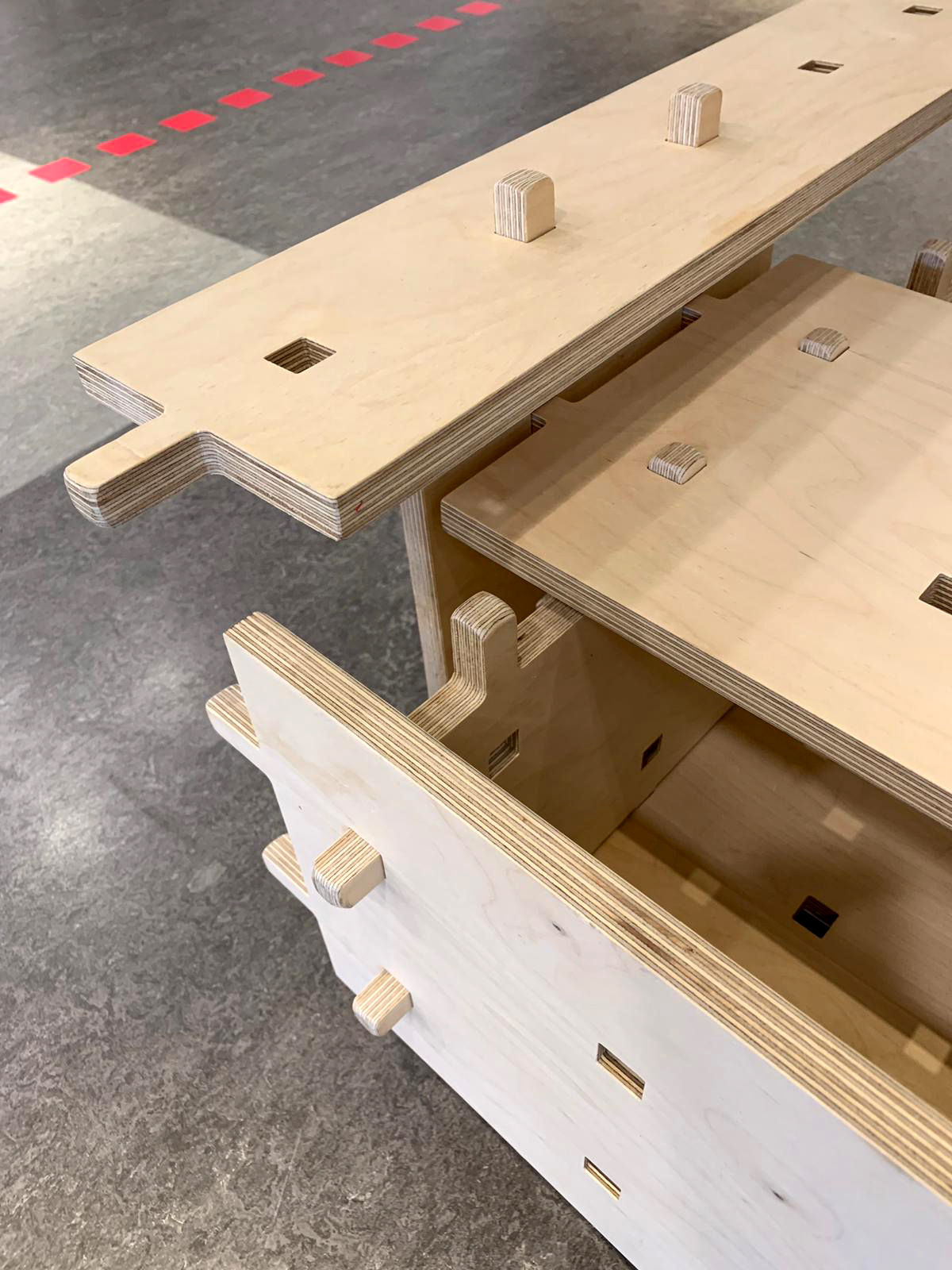 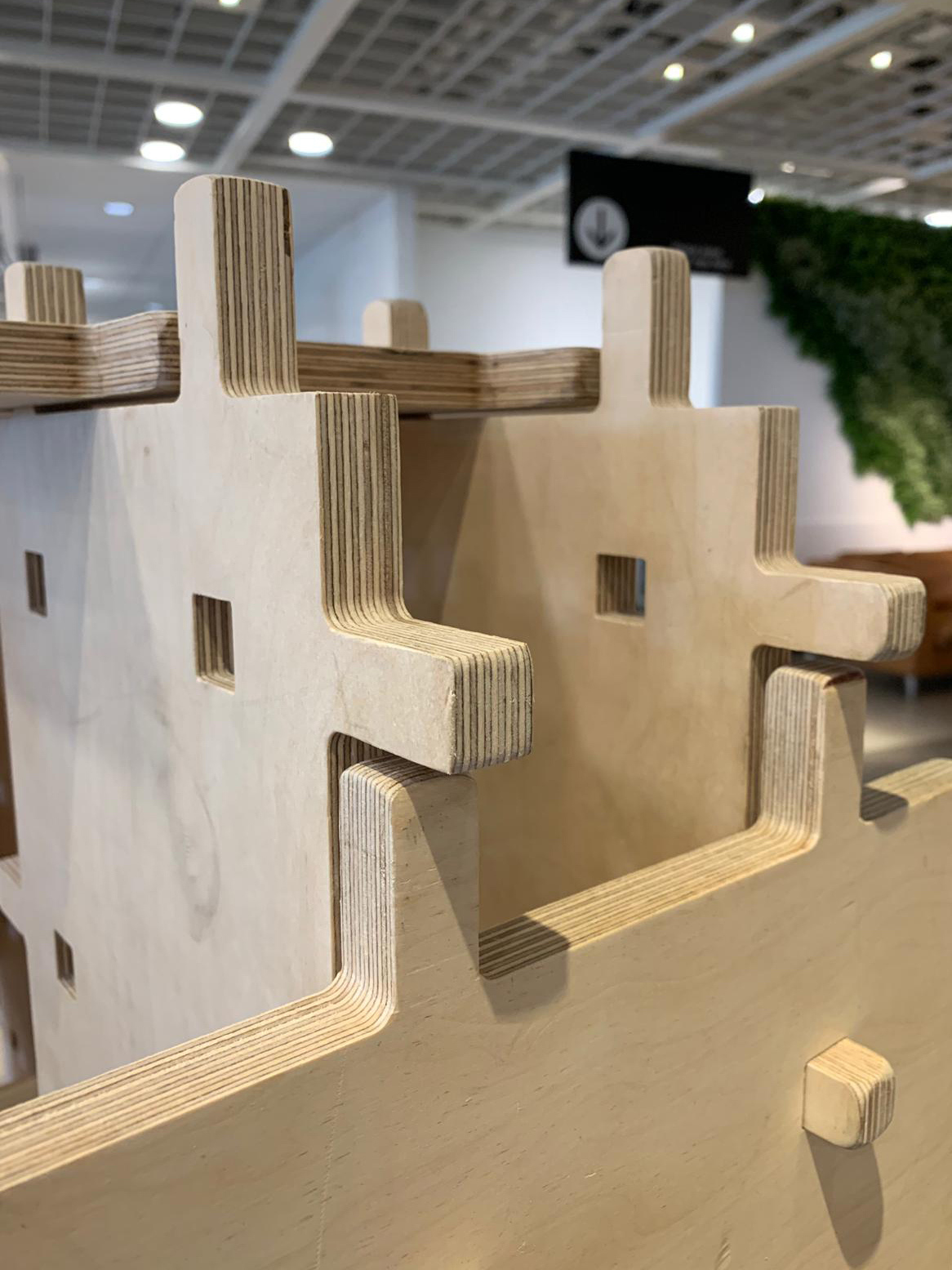 Thank you to anybody who visited and engaged with the installation. Also, we would like to express our sincere gratitude and say a special thanks to our host, IKEA Winnipeg, the Winnipeg Design Festival, PROTO-Pocket sponsor 5468796 Architecture, and our fabricator, Design-Built. 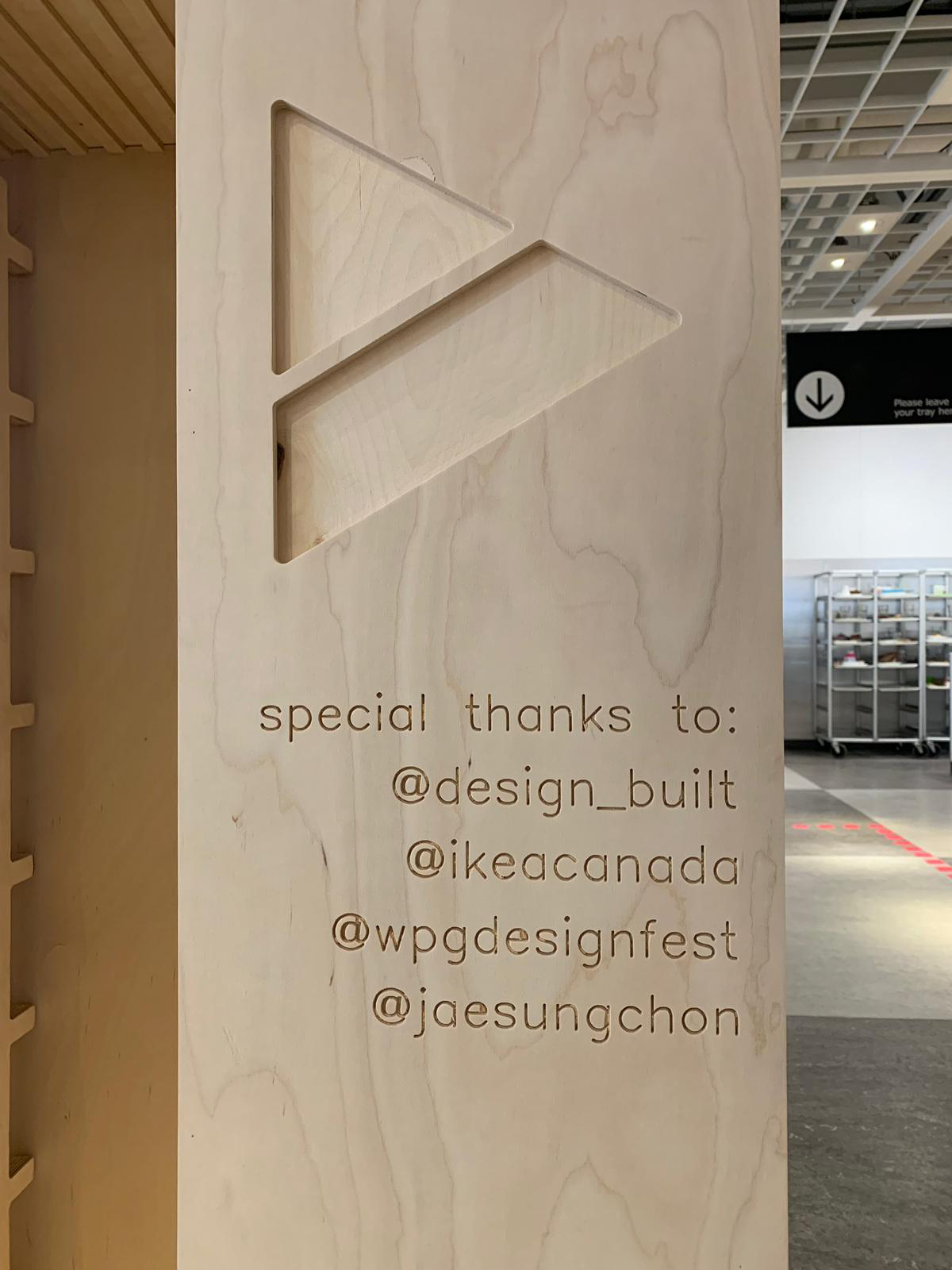