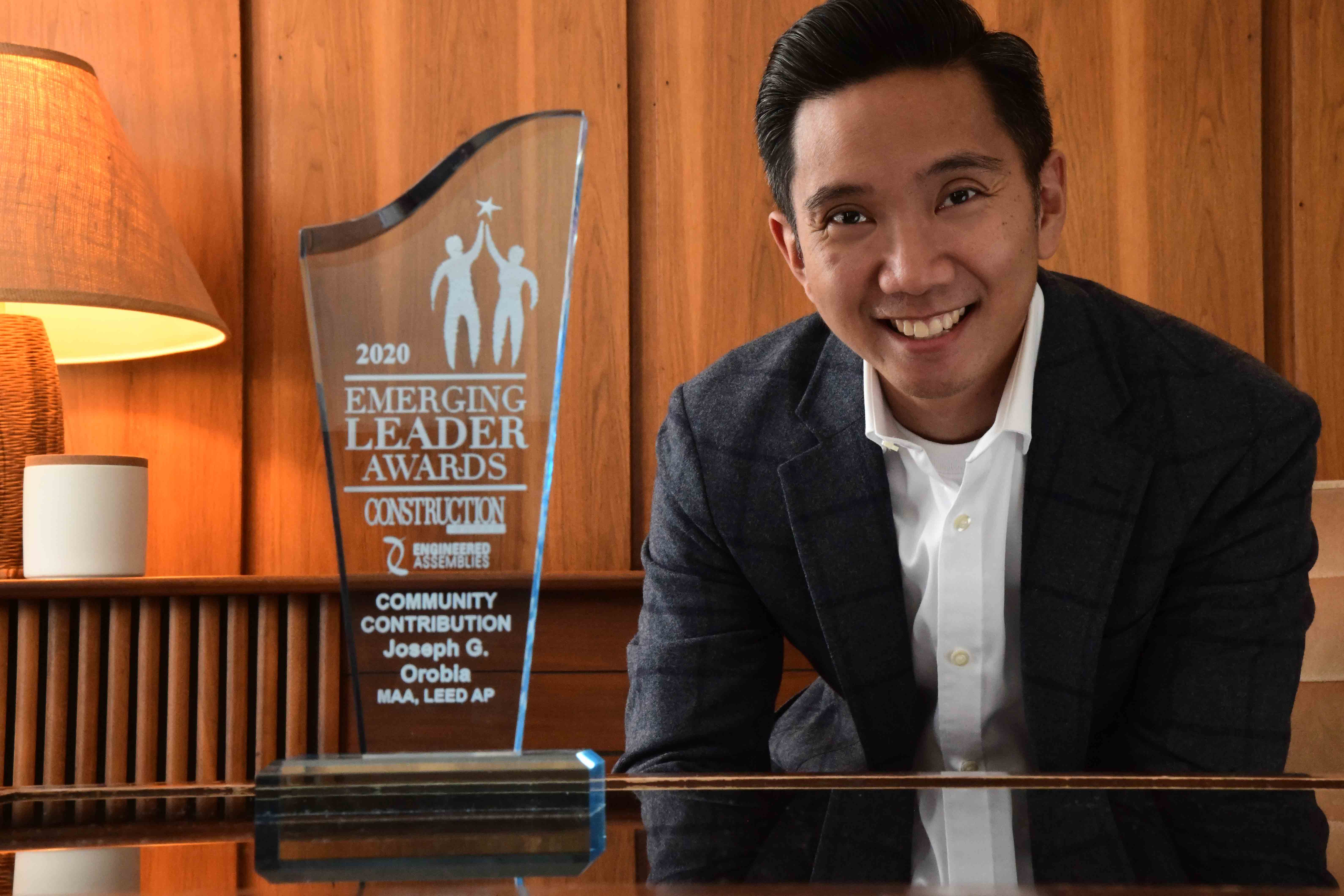 On December 2, Joseph was honoured to receive the Construction Canada Emerging Leader Award for Community Contribution at a virtual awards ceremony. The Award recognizes professionals in the Architecture, Engineering, and Construction industries for excellence in various categories, including design, leadership, initiative, and service to the community. A jury made up of industry professionals selected Joseph for the Community Contribution award, based on his work with Folklorama, Magdaragat Philippines Inc., Kultivation Festival, and Architects At Play.

Joseph runs the firm's Intern Mentorship program, where he guides intern members of the Manitoba Association of Architects through their career path. Joseph is also part of Architects At Play's Educational Outreach program, which works with local schools to bring design education into the classroom, through mentorship opportunities, play-focused design workshops, and formal presentations.

Outside the firm, Joseph uses his design and construction skills to help his community. As a production member for Magdaragat Philippines Inc., a non-profit organization that celebrates traditional Filipino culture, Joseph teaches generations of kids (including two of his own) about the Philippines through martial arts, dance, and theatre. In 2019, Joseph also handcrafted a life-sized replica lechon (roasted pig) for the group to use as a stage prop! He also built swords, spears, daggers, and axes to replace the aging and unsafe props the group was using.

In 2018, Joseph represented Folklorama as one of the festival's four Ambassadors General, whose purpose was to embody the organization's mission of celebrating diversity and promoting cultural understanding. Joseph spoke at cultural events in Canada and the US, mentored new ambassadors, and hosted promotional events for the organization. In addition, Joseph has been a volunteer photographer for the festival since 2015, capturing memorable images during the annual two-week event. Joseph uses this opportunity to mentor young photographers, by inviting one lucky person to shoot along side him and learn his craft.

In September of 2019, Joseph, along with chef Allan Pineda, brought together a small group of people who were interested in promoting modern Filipino culture in Canada. By March of 2020, the group had grown to more than 150 people and the non-profit organization Kultivation Festival Inc. was born. The group's momentum quickly caught the attention of the media, including CBC Manitoba, who partnered with Kultivation Festival to create "My Garden City", a pop-up bureau that featured content curated by Kultivation Festival. The first major festival event is in the works for June of 2021, where Kultivation will showcase Manitoba's modern Filipino culture through food, art, music, dance, videography, makers' markets, health & wellness events, and educational events. As Founder and Vice-President of the organization, Joseph is in charge of driving the festival's long-term goal of establishing a Filipino Cultural District in Winnipeg. Known as the Mabuhay District, the entrepreneur-focused community will house venues, services, and facilities such as artist studios, photo/video production studios, makers' workshops, dance studios, office spaces, educational spaces, pop-up restaurant and retail spaces, and more. Joseph's work with Kultivation Festival and the Mabuhay District has been featured by CBC Manitoba and the Filipino Journal, who highlighted Joseph as one of Winnipeg's "Top 20 Filipinos of 2020".